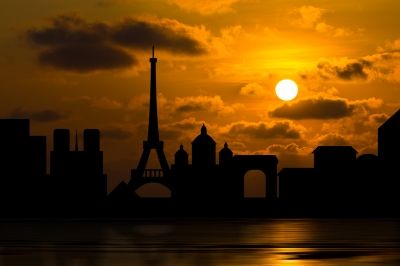 Used with permission from freedigitalphotos.net

Last month a larger and more enthusiastic book group met at my local library.  The two person book group had grown with the addition of most of the knit group and a few others into  a fourteen person group with standing room only.   We read “All the Light We Cannot See.”  For anyone who hasn’t yet read it, I highly recommend it.  Yes, it’s about Nazi Germany, but it’s also about the strength of the human spirit and relationships and the will to survive.  The book is redolent with metaphors, starting and ending with the title.  The hero is a blind French girl.  The story mostly takes place when the Germans are occupying France and imposing their brutal will on the population.  Not much light, eh?  Yet, the book is full of hope.  The young French girl, Marie-Laure shows everyone around her that she sees everything, even without eyesight.

SPOILER ALERT . . . if you haven’t read the book yet and want to, don’t read any further.  I’m putting in another bird picture to distract you while you decide whether or not you want to read the rest of this post.

Courage and sacrifice are key themes of the book.   Marie -Laure and her father flee Paris as the Nazis take over.   They are looking for a rare diamond, and they think that Marie-Laure’s father may have it.   Against the backdrop of the search for the diamond by the Nazis is the everyday challenge to survive.  There are food shortages and draconian rules laid down by the Nazis on the inhabitants.

Some of the villagers want to fight against the Germans, while others are afraid and collaborate instead, spying on their neighbors.  The housekeeper bands together with a small group of villagers to pass messages to the resistance.   Marie-Laure carries the loaves of bread with messages baked into them for her great-uncle to pass to freedom fighters via a secret radio.   Her great-uncle  served in the First World War and  has a hidden radio in the attic despite the German’s requirement to turn all radios into the Nazi authorities.  He revels in his revolt and for the first time in decades, feels alive and that he is doing something important.   The two of them form a close bond after Marie-Laure’s father takes the train to Paris, following orders from his employer and never returns.   Each gives the other what they are longing for – human connection and love.  The damaged man and the blind girl make each other whole again.  Despite the risks they do what is right for the greater good of their town, their country, and indeed the world.   They play their role in the lead up to D-Day, probably passing some vital information to the Allies about ships and movements in their coastal town.

Books about Nazi Germany abound.  I’m not sure why, but in recent years authors have been fascinated by this topic.  Is it because we continue to seek to understand why this happened?  How an evil so large could have come so close to taking over human civilization and seek to replace it with such brutality?  Is it because we see signs of the same kind of authoritarianism in other movements, like some terrorist groups?  White supremacist movements and neo-Nazi groups still attract interest despite their inherently exclusionary message.  In fact, we have a presidential candidate who has been accused of coming dangerously close to the Nazi mantra of us and them.  Hitler was obsessed with the concept of purity and worked to ensure that the Germans received all benefits of society, while the non-Germans – Jews, gypsies, Catholics, and many others were relegated to the margins, and eventually exterminated or sent to languish in labor camps like Marie-Laure’s father.  The East Germans literally built a wall to keep their people in and to prevent them from going over to the West.  Soviet Bloc good, West bad.   We have a proposal to build a wall.  And another to close down immigration to Muslims.  While these ideas come from different eras, and the modern wall does not propose to exterminate an entire race, they come from the same place, a fear of the other and an almost manic desire to prevent a contamination by outsiders.

We live in a time where there are dangers all around us.   A huge threat facing our world is from climate change.  If the oceans continue to rise, cities like New York and London will be underwater by the 22nd century.   We may not be able to feed ourselves as increasingly unstable and unpredictable climates make growing crops and raising farm animals harder.  There are other dangers as well:  terrorist attacks, gun violence, unemployment, and disease, amongst others.

All the Light We Cannot See is also about human weakness and vulnerability.  In the story we meet characters who lack something, but in coming together learn that they gain from each other’s strengths.  Marie-Laure, who is blind, coaxes her great-uncle out of his WWI fears and paranoias.   While she learns to move about the town, her uncle who is sighted, cannot.  She has a seemingly endless ability to endure and adapt, while he has given up on the world.  Through her “eyes”, he literally comes out of the prison he has created in the house he hasn’t left for years and goes to search for her when she doesn’t come home one da.  Werner, the young German boy who is sent into the military at age 15 gives his all to the Nazi cause.  Gunther walks blindly into the Nazi youth and becomes a devoted member.  His sister begs him not to go to a special school where brutality is considered strength and tenderness weakness.  In this context, the weak are winnowed out and destroyed, while the cruel are promoted and admired.   By the end of the war the ties of his undying loyalty to the cause is severed  and he commits an act of monumental treachery.  He disobeys an order to save Marie-Laure and is himself destroyed by the enormity of what he has done during the war.

For me the lessons of the book are multi-layered.  At the base of it is the metaphor of seeing despite lack of sight.  Marie-Laure is blind, but she sees and understands the evil all around her.   In our 21st century lives we see some of these same people.  Like Marie-Laure and her great-uncle, we have choices.  We can turn away from the coming storm  and hope it passes us by, or take it on and fight back.   Like many of the villagers, we can tell ourselves, it’s too hard, let someone else fight, or we can put on our armor and head into battle.  When the schoolyard bully turns into the dictator, it is up to all of us to say “not here, not now.”

2 thoughts on “All the Light We Cannot See”