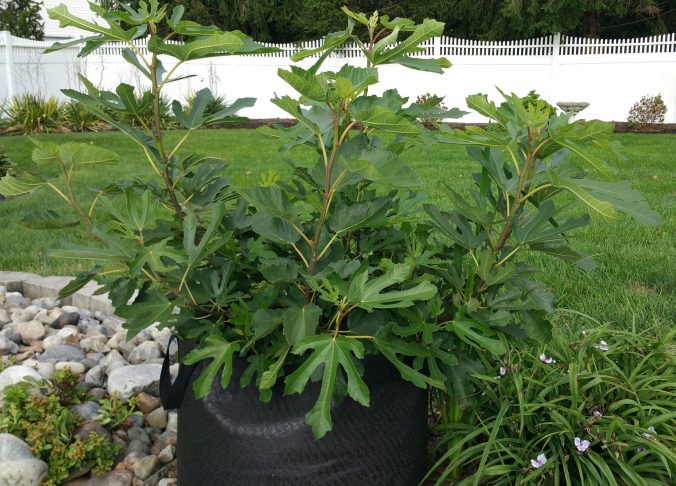 This is the story of a fig tree.  About five years ago I decided I wanted to grow figs in the backyard of our northern Virginia home.  You may know that George Washington successfully grew figs at Mount Vernon.   It was pretty cold in the 18th century, so I figured if George could do it, so could it.  What I didn’t take into account was the fact that George probably know a lot more about horticulture than I do, and had people working for him whose sole job it was to grow things.  And now that I think about it, maybe these fig trees were inside a green house.  Never mind all that.  How hard can it be?  So I began my fig saga, first with one fig tree, then with a second in year two.  I got figs from one tree in year two.    Then this tree died after a protracted cold spell in the winter.   In year three I removed the dead fig and replaced it with a fourth one.  This one, like its predecessor expired after a rough winter.   Now in Pennsylvania I have finally succeeded. END_OF_DOCUMENT_TOKEN_TO_BE_REPLACED