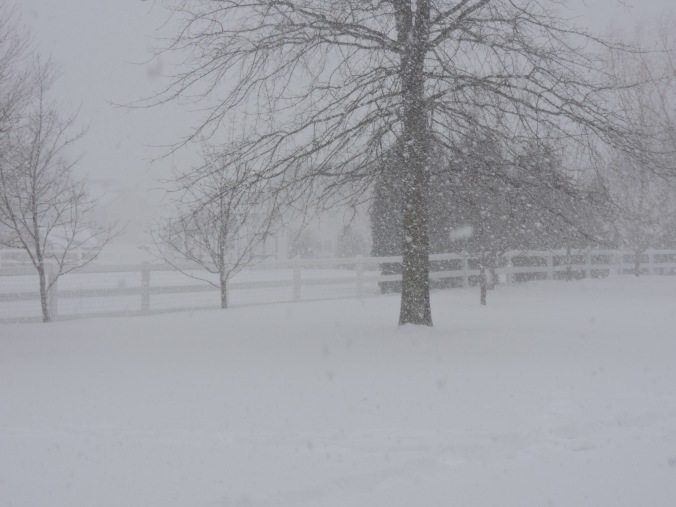 The blizzard hit the east coast on Friday, 22 January and didn’t end until Saturday.  We were happy to be out of the DC area for this one, but we still got hit hard.  Before the snow we treated ourselves to a pizza lunch at an Italian restaurant near our local ski lodge.  Then it was home to wait.  In the afternoon it began. 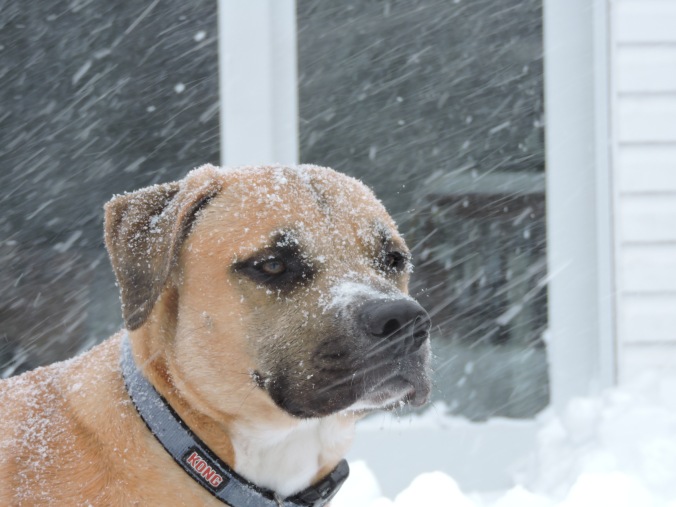 Barkley was unsure at first.  He decided he liked it and was soon running around and jumping in snow drifts. 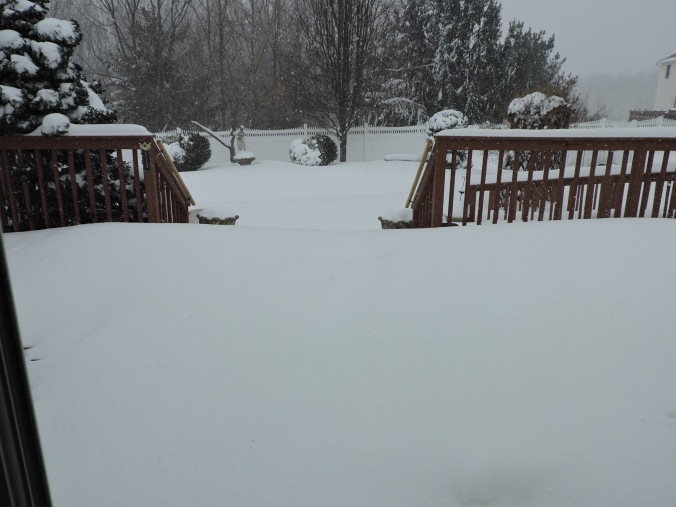 The view from the deck.

Our first order of business was to clear off a path off the deck so the dogs could get to the backyard.  They were eager to get out and play 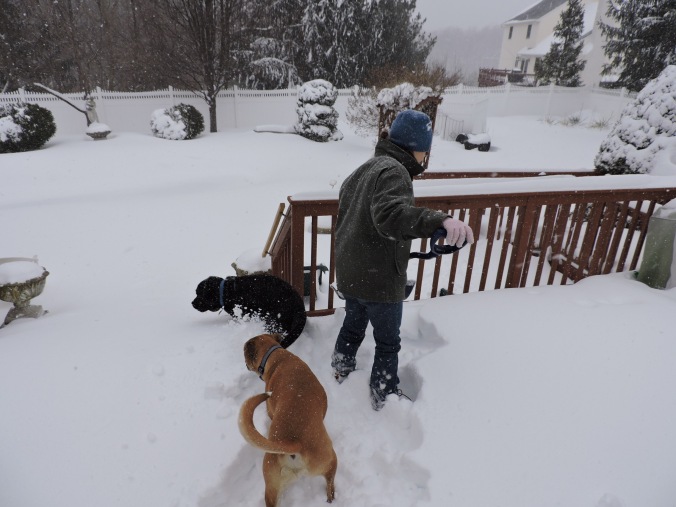 Later we stayed indoors and watched the progress of the storm.    Here’s the Adirondack chair by the pond. 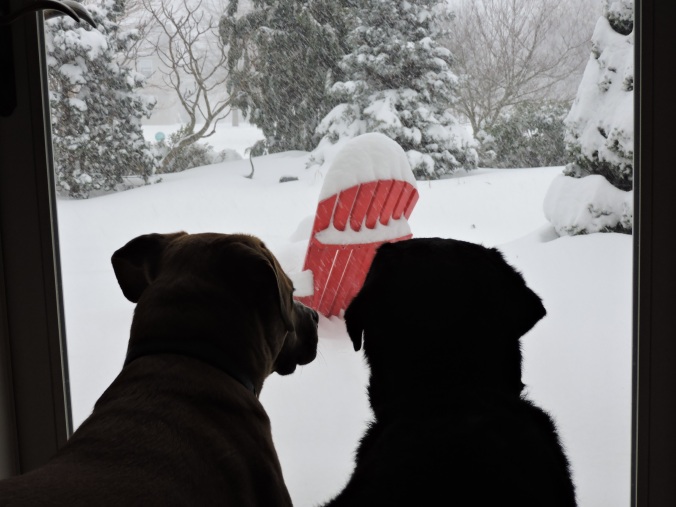 And here it is after the blizzard. 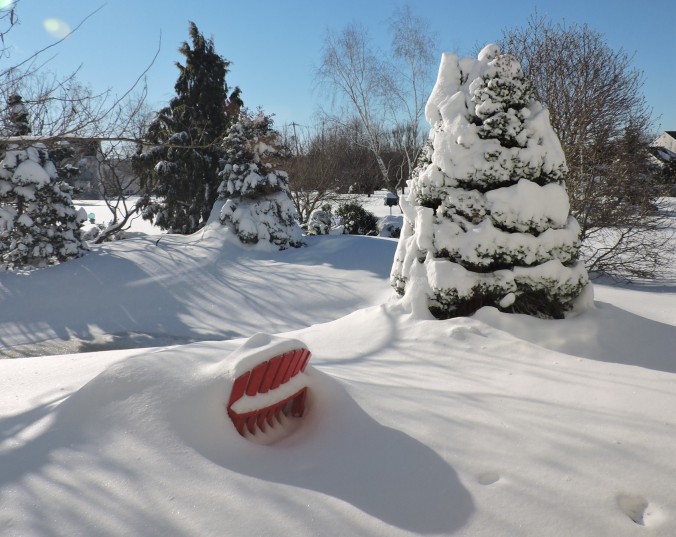 Larry had filled up the bird feeder before the snow started.  The birds appreciated it. 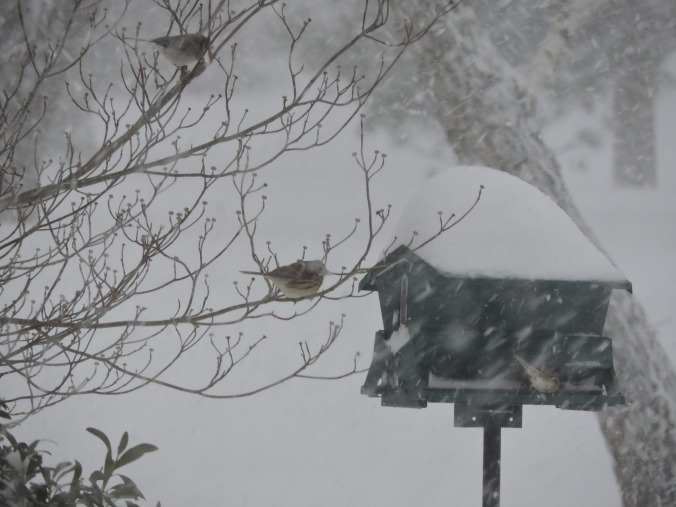 Even with the wind, they toughed out the storm to get their meal. 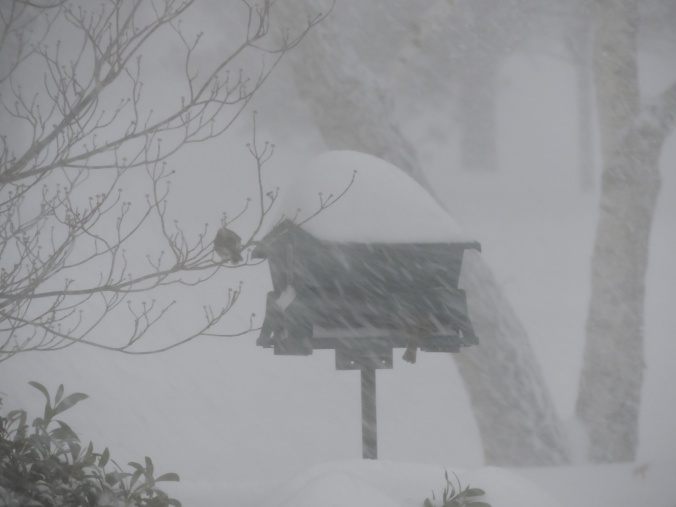 At the end of it we had two feet of snow. 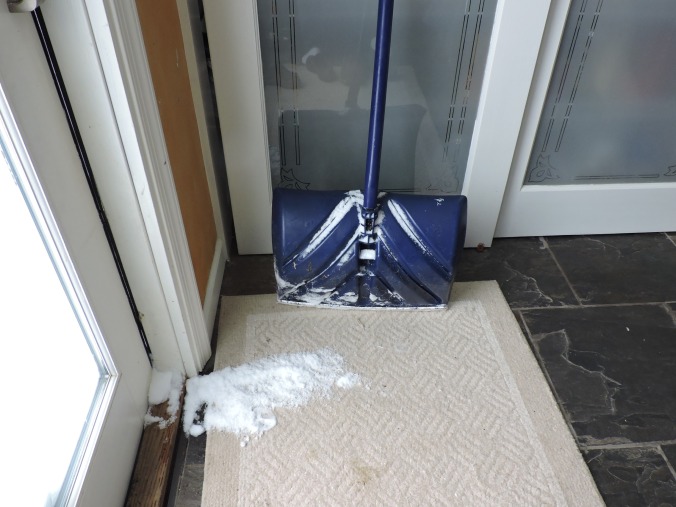