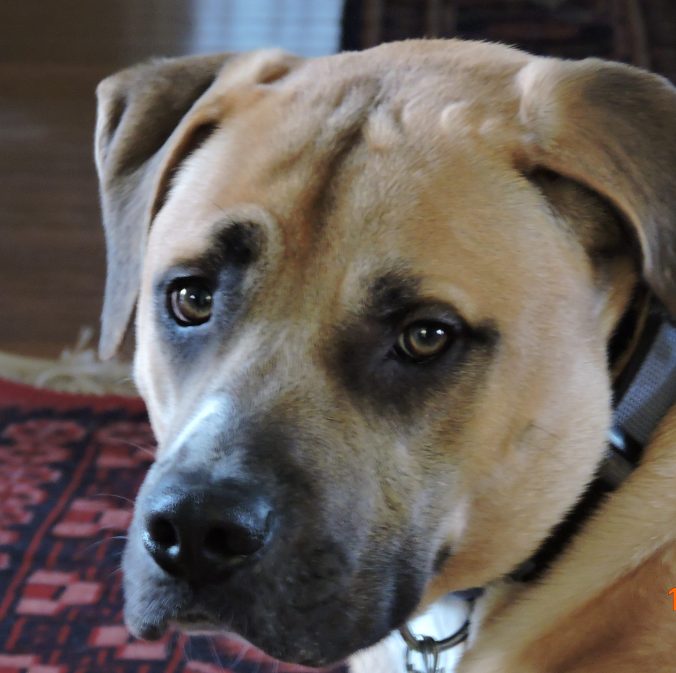 I was out walking Barkley yesterday with  my friend Nancy when something happened.   We were on a street around the corner from where I live when a big German Shepherd came running out from the yard into the street and approached me.  I have to say, it scared the S*@T out of me.  The situation ended with no injuries except emotional ones.  The owner of the dog called his dog back and then verbally got stuck into me.  We had an altercation.  First I was shocked, then angry, then I got to thinking.    What did it mean?

Altercation:  A noisy argument or disagreement, especially in public.

Here is what happened.  I was out walking Barkley after the rain stopped.  It has been raining here nearly every day for the past ten days.    About halfway through the walk I ran into my friend Nancy and her dog, Fiona.  They live two blocks away and I often meet them on my street as it is part of their normal route.   I turned around and joined her.   At the end of my street we turned left, and then right onto another street.    This is the part of my neighborhood that is rural.  Homeowners typically have 5-10 acre lots or larger, houses set back from the road, and have lots of trees around them.  There are no sidewalks.

We were passing a house that I had passed dozens of times before when we saw a big German Shepherd in the yard. The dog saw us and began coming in our direction; not exactly a run, but faster than an amble.  I was waiting for him to stop thinking that there must be an invisible fence.   Wrong!  This dog didn’t stop.   Nancy said that the man usually calls the dog back.  The dog kept coming, crossed into the road and went first up to Fiona, and then over to me.   I didn’t see any human being but called out in the direction of the house “Sir, call your dog back.”  Finally I saw a man, but the dog was already right in front of me, sniffing out Barkley.  Barkley was quiet at first, then pulled a bit on the leash and opened his mouth to snarl and bark.   By now I was getting really nervous.  Finally the man called his dog for the second time and he came, reluctantly, back into the yard.  I put my hand to my chest.  My heart was racing.   I called out again, “Sir, your dog scared the h@!! out of me.”  That’s when he started yelling and swearing at me.

Now that I am sitting safely in my kitchen, I can think clearly about the situation.  The dog was harmless, albeit huge, though I didt know that until he was upon me; the man appeared less so.  I had expected some kind of an apology, something along the lines of “I am so sorry, he usually doesn’t come into the street, are you OK?”   I mean, what would you do if your huge dog  ran out into the street and scared the living daylights out of one of your neighbors?

Instead he told me to go back to where I came from (using the “F” word) and told me, still yelling, that he had lived there 70 years and never had any problems.  This is what I call the shift.   I was expecting something akin to an apology  for allowing his large dog to run into the street in a county where there is a leash law.  He had turned the situation into one in which, in his mind,  I had come into his territory and bothered him.  It was all my fault.   By using the words “go back to where you came from” he made the assumption that I was on a stroll from my comfy suburban home and was an interloper in his street.  I was an outsider.  When I told him that I lived around the corner, he just repeated his command to go back to where I came from, with the unsaid words hanging in the air like a thought bubble in a cartoon, “and don’t come back.”

He didn’t want to hear me say that the road was public, that I had every right to walk without fear on it with my dog.   He became the victim and I was made the villain, the attacker of his privacy and his peace.   I realized that logic, reason, and a reminder of the facts would not move him to civility or sympathy.  Nancy and I moved on.

Why can’t we be friends?

But it got me to thinking.  How much of this interaction may help explain what is happening today in our country?  We have a man running for president who ignores reason, logic, and facts.  He makes up his own reality and his pronouncements become facts just because he says them.  When things don’t go his way he bullies his enemies into submission.  Wrong becomes right, victim becomes victimizer.  This is an approach that is essentially based on emotion not reason.  I was wasting my time telling this man that I had a legal right to walk on the street and he had a legal obligation to keep his dog on his property.  He didn’t like me, how I looked or dressed or talked, and made it very clear that I was the trespasser, albeit on a public street.   He refused to take responsibility for his actions.  He yelled at me and called me names.   He didn’t respond to my words, but reacted from  his emotional base.

How do you talk to someone who doesn’t listen and who comes at every problem in a very personal way?  It was as if we were like talking in two different languages.   In that situation there was no resolution except retreat.  I wanted an apology and a change in behavior.    He wanted to see the back of me and my dog.  Was he stereotyping me from a single glance?  Was I stereotyping him as well?  What did we see when we looked at each other and how did this translate into how we treated each other?

On a larger scale, how do we shape a society and a government that treats everyone with respect and fairness when we come at life from such varied backgrounds and experiences?  How do we interpret the emotions of the angry and translate them into actions that will improve lives?    I feel a sadness for what lies ahead.   We are all so different but we mostly want the same things.  How do we elect leaders who can ensure that we have a government that is based on equal treatment,  rule of law, and compassion?   This man had a choice.  He could have gotten to know me and we could have gotten to know him and his dog.  He chose another path.  As we get closer to November, what path will we choose?  How will we, how can we, bind the wounds of intolerance and misunderstanding?

One thought on “A man, a dog, and an altercation”