About a month ago I wrote about a Mallard duck couple that was frequenting our pond.  I have since named them Mildred and Sylvester.  We have a small manmade pond in front of our house.  It’s so close that if I stand by the front door I can watch them.  The former owner put koi fish in the pond.   I have enough on my plate looking after two active dogs.  Looking after fish is not in the cards for me.

About three weeks ago my husband was outside trimming bushes when he called me over.  He pulled aside some branches on an evergreen tree by the pond and showed me a nest with at least three eggs in it.  Mildred and Sylvester had decided to start their family by our pond. 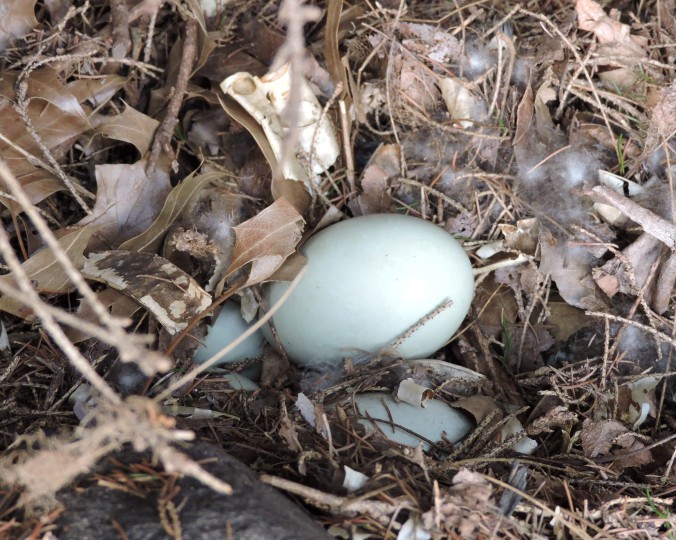 Since that day we have stayed away from the tree.  We postponed our pond servicing, chimney repair work, and anything else that involved workmen in front of our house.  We didn’t want to do anything to frighten her off the nest.  She is in the part of the tree that faces the pond, presumably so she can scoot in there if danger lurks.

I have only seen her off the nest once.  This was about two weeks ago.  It was a Sunday morning and she was swimming in the pond, alone, probably taking a break from the hard work of sitting on eggs 24/7.  She was trying to come back to her nest, but didn’t want me to see where she was going.  She peeked up at me to see if I was still there, then went back to swimming around the pond.  I stepped back behind the door, and then she came out of the pond to return to her eggs.

Female ducks tend to sit on their nests alone for 25-28 days.  The males rarely help or are even present.  I’m not sure what male Mallard ducks do while their mates are otherwise engaged.  Maybe they chase after other female Mallard ducks.

Around the same time Mildred started sitting on her nest, we had three other Mallard ducks coming to the pond to hang out, two males and a female.

The male keeps himself between the female and the other male duck.

I have theorized that one of the males is Sylvester, the mate of Mildred, but not knowing how to tell one Mallard duck from another, I can’t prove it.   I have seen them cavorting on the pond three or four times.  These two male ducks have been vying for the attention of the female.  Eventually it became clear that one of them had claimed her.  The other male has been trying to get close to her, but is chased off by the first male, at times aggressively. 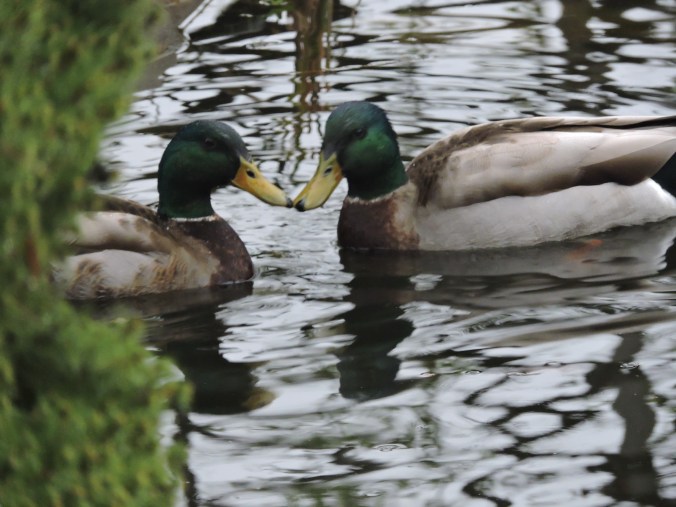 These ducks seem hopped up on hormones.

The female mostly ignores them, except when they seem to be paying more attention to each other than to her. 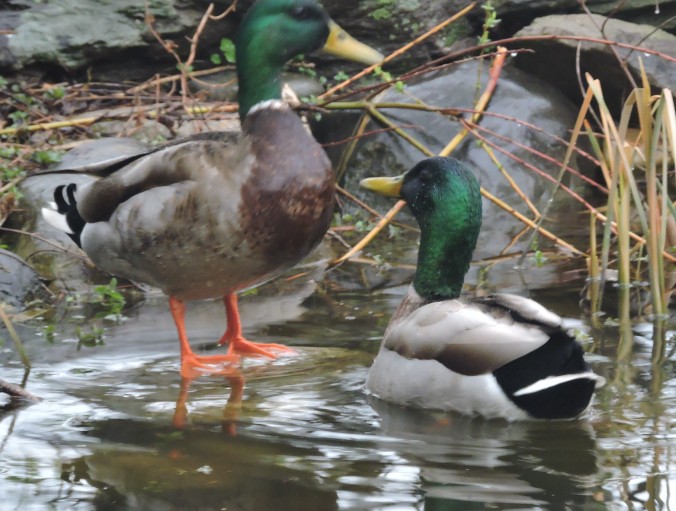 Then she nonchalantly swims over to them as if to say, “hey, it’s all about me, remember?”

The males spent a lot of energy posing and acting macho.  In the end, the winner happily joined his bride while the loser looked on from the bank, defeated and mateless.

If one of these ducks is Mildred’s honey, Sylvester, did he guide the others to the pond ?  Is Mildred forced to watch this mating game from her maternal prison under the tree as she sits on the eggs?  These are questions I cannot answer. 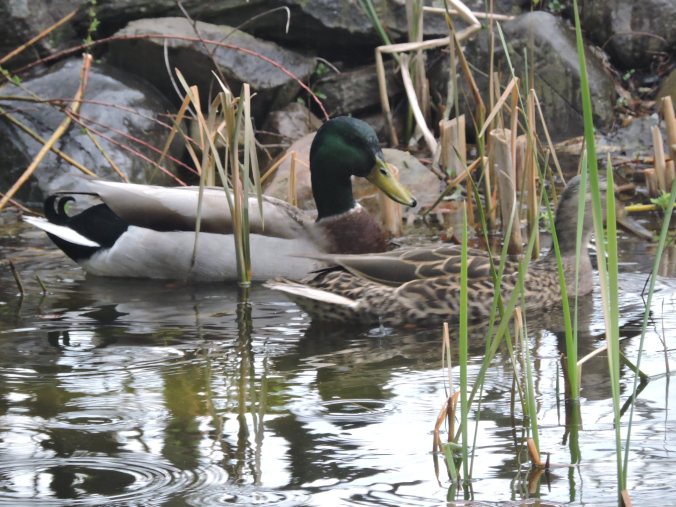 Yesterday only two ducks returned.  The extra wheel was left behind, or gave up the effort.  The two love-ducks happily swam around the pond.  Will they make a nest here too?  Will my house become a home for wayward ducks?  Stay tuned for the next chapter in “make way for ducklings”. 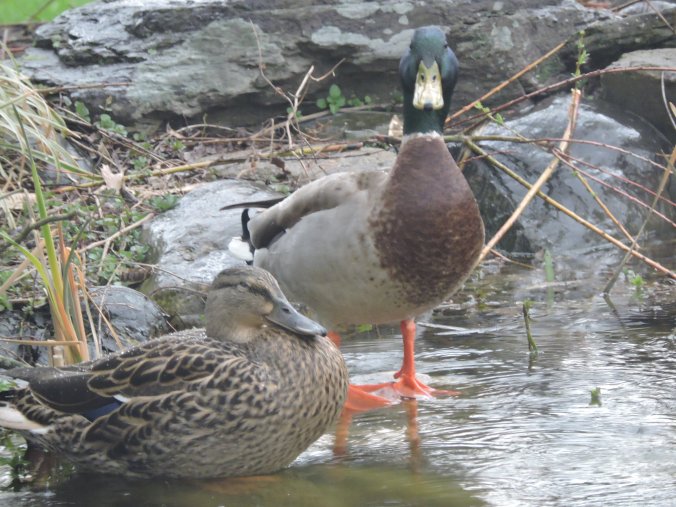