In honor of the end of football season, at least in Philadephia, and because it’s the New Year and the time for new ideas, I asked my husband to write a guest blog.   Larry was eager to write about one of his favorite topics, the Philadelphia Eagles.

There is nothing wrong with your television set. Do not attempt to adjust the picture… We control the horizontal. We control the vertical… we will control all that you see and hear. You are about to experience the awe and mystery which reaches from the inner mind to… The Outer Limits.

Coming out onto the field when hope springs eternal

Football season is over.  Okay, not really.  For those teams that have reached the January sprint known as the NFL playoffs, and their fans, life goes on.  Hope (still) springs eternal.  Even a last seed, even the Washington Redskins from the sad sack NFC East – did I actually write that? – get one more shot to end their season with a victory.   For fans of the Philadelphia Eagles, who spent this particular autumn easily predicting Coach Chip Kelly’s next option-read play, cursing loudly with every missed block, tackle, and dropped pass – of which there were an extraordinary number — it has truly come to an end.  Mercifully.  Terminal.  Fini.  The certificate even comes with a specific end time and place.  11:15 p.m., Boxing Day evening.  South Philadelphia.

We now return control of your television set to you…

Over the last four months, my dear wife, generally, could have cared less whether the Eagles won or lost.  She likely will not know which two teams play in the Super Bowl even after that game is over.  (When the New England Patriots won last year’s game in dramatic last second fashion — remember, my wife is from Massachusetts – she was unaware of the outcome.)   Her closest contact with the sport as I sit in my man cave is a curt “are you watching football again?”

She has her favorite programs that, I must say, I also enjoy – as long as the Eagles are not playing.  For one or two Eagles games this fall, Sunday Night Football overlapped with CBS’ The Good Wife.  (Fortunately, in our home, control of the TV remote is irrelevant.)   I didn’t miss anything since we often watch episodes of Sunday’s program streamed just a day later, commercials and all.

As a result of the above-mentioned, December 26th hasta la vista, nor will Eagles football compete with Downton Abbey, Season 6.  Episodes of Downton Abbey began Sunday night, January 3rd.  Head to head, in this house, a football game would not have had much chance against Downton Abbey.  Marla has been so anticipatory of Lady Mary’s love life and Carson’s proposal of marriage to Mrs. Hughes that I would not have been shocked had she suggested back in September that we take a quick visit to London to watch Downton Abbey’s autumn BBC run, now already completed.  For sheer “watchability” Downton Abbey contains far more drama and suspense than the porous Eagles defense feebly attempting a goal line stand with the game on the line.

With the end of football season, I sensed a hint of smugness from my dear wife.  It comes, perhaps, from her sense of accomplishment compared to this couch potato.  In the time I wasted (she might argue) most Sunday afternoons for a full football season, she knit a scarf, gloves, and half a sweater with complicated cables no less; raked 7.5 cubic meters of leaves; and wrote at least 16 blog posts.

She may have believed my sensitive male ego took a knockout, along with my team’s deflation.  In most years, maybe she is right.  Any fanatic of football can identify over the course of an entire football season with the infinite and excruciating twists of the knife.  The Eagles are usually very good at twisting the knife, right up there with the best of them such as the Chicago Cubs.  I submit that it is impossible to be completely unaffected. 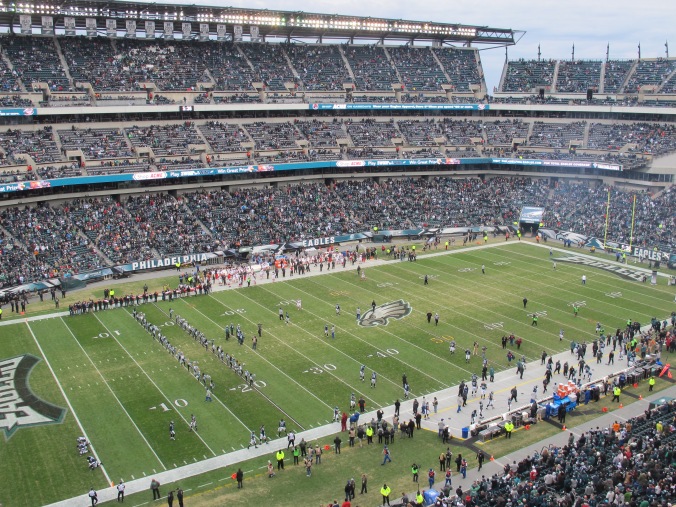 This year, however, I am less bothered than I have been in quite awhile.  Sleeplessness comes when the team is pretty good, competitive, and then chokes.  It hurts less when the team is so blatantly mediocre. After December 26th, the night they played so ugly, I slept well.

Marla is an aficionado of Tom Hanks-Meg Ryan movies.  Joe Fox, NY152, in You’ve Got Mail states that all I ching can be found in The Godfather.   According to Joe,

While I doubt Marla has ever seen The Godfather, she herself is a practioner of self-awareness and mindfulness.  It is one of her strengths.  Life after a football season, the end of this Philadelphia Eagles football season, also requires mindfulness and lots and lots of zen.  This zen, though, is not out of Sleepless in Seattle.  Instead, for me, it is straight out of that 1960s sci fi classic, The Outer Limits – not to be confused with its more well known alter ego, Rod Sterling’s The Twilight Zone.  More than half a century ago, the Narrator of The Outer Limits link to youtube  said it best:

It is said that if you move a single pebble on the beach, you set up a different pattern, and everything in the world is changed. It can also be said that love can change the future, if it is deep enough, true enough, and selfless enough. It can prevent a war, prohibit a plague, keep the whole world… whole.

I now return full control of the television, and this blog, back to my loving wife. 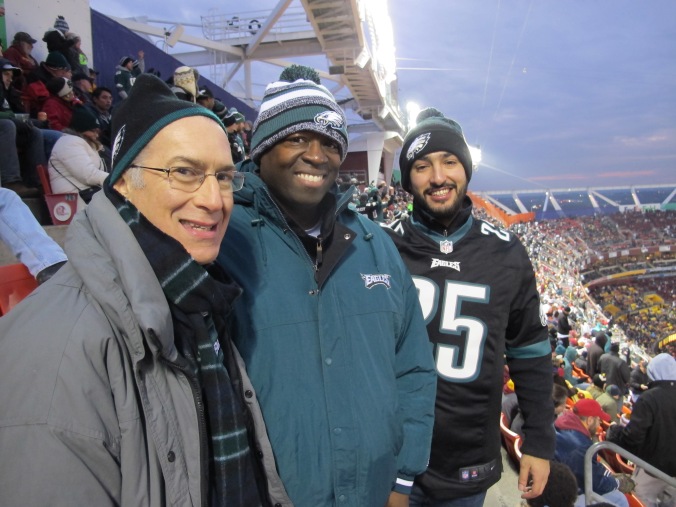