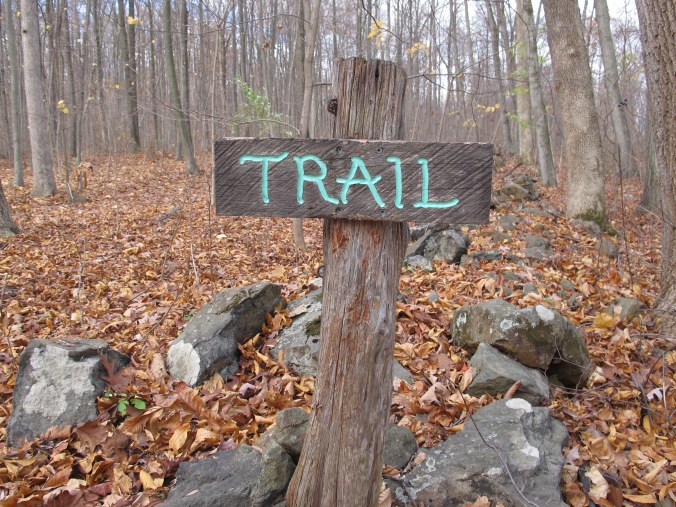 As you know my days have been taken up caring for Shiloh and helping him recuperate.  Friday the 13th was the first day he slept through the night.  It’s been a long time since I had babies waking me up, so I’m pretty devoted to the good night’s sleep.  For him, though, I’m willing to get up multiple times as he shifts around to get comfortable.  The day ahead seems promising with so auspicious a beginning.  Boy, was I wrong  .  .  .

Later in the morning my husband took Barkley for a long walk.  We live near an Audubon preserve; it’s about a mile from our house and is a great place for a walk, especially with a young energetic canine.   Enter the deer.  I think I’ve mentioned that while I  live in a neighborhood with lawns and newish homes, at the end of my street are mostly large lots of five to ten acres set in thick woods.

Barkley is half boxer, and like my dear departed boxer, he loves to chase deer.  There is something irresistible about a deer to a dog in the woods.  He saw the deer and took off, pulling the leash out of my husband’s hands.  I then got the call you never want to get telling you that your dog has run off and has not come back.  While my husband spent the next three hours looking along each of the four trails in the preserve, I drove up and down the adjoining streets calling out for him, alternately checking at home and in the parking lot in case he had come back, and then got on the phone.

This is when I learned that you should not wait for an emergency to do the needful.  For example, I now have the phone number of the local police, SPCA, and other key animal support groups in my contact list.  I learned that the company that tracks the chip implanted in my dog did not have our updated contact information, so that even if someone had found him, they had no way to get in touch with us.  We had neglected to replace his old tag with a new one, providing our current phone number and address.  These are all things we should have done, but at the time it didn’t seem necessary.   Until it was.  Or, we just forgot in the midst of all the other things we were focused on and made excuses.  But yesterday the unthinkable became real and we were spectacularly unprepared.

I learned that there is an organization called Dogs Finding Dogs. It’s a non-profit that trains dogs to find your lost dog after smelling a personal item like a blanket or a toy. This is like tracking a lost child except it’s a dog that’s missing not a kid. The police will not do this.  I know because I asked. There are also Facebook pages devoted to lost and found dogs, including one in the county where I live. After calling the State Police (since we live in a township we use the State Police — don’t ask, it’s a Pennsylvania thing), the SPCA, the chip company, and the Dogs Finding Dogs, I was just about to post a message with his photo on a Facebook page when my husband called. He had found you know who. After searching all four trails and calling his name he returned to the parking lot to find Barkley waiting there as if it was time to go home for lunch.  Except it was way past lunchtime by now.

Dogs are funny animals. They will happily run off to have their fun, but when they are done, they want to come home to a warm house and a comforting caress. What was he doing in the woods for nearly three hours? We know that he had several scratches on him and was sick all over the kitchen floor from eating various woodsy items including bits of twigs and M&Ms. I don’t mean the candy. It’s a little present that deer leave all over the forest floor. No dinner for Barkley that night. He went to bed with a belly ache instead of a tummy rub.

Ok, so what did I learn.  I learned that it hurts a lot to have a lost dog and that when you live so close to really big wood you should take this very seriously.  I learned that people really want to help and have lots of good ideas.   I learned that the State Police guy that I met at the bottom of my street likes to get Italian sandwiches for lunch.  I saw his squad car and stopped to talk to him in town.  I learned that there are a lot of fleas in the woods this time of year.  Some of them hitched a ride home with Barkley.  Most importantly, I learned that you should never get complacent about the important things in life, be it your dog, your loved one, or your home, and that planning ahead would have saved us a lot of time and trouble.  Oh, and if all else fails, you can buy a GPS and attach it to your dog’s collar.

One thought on “Adventures in the woods: A Friday the 13th Story”